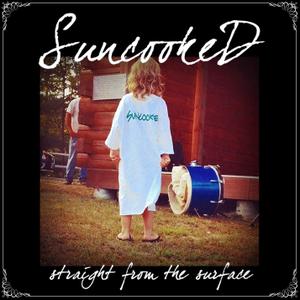 Straight From The Surface

Suncooked's first album, Straight From The Surface, is the band's first project to hit ITunes and have over 400 downloads since the release on February 15, 2013. With the edgy and foot tapping tunes like Cedar Road and The Pirate Song, Suncooked shares their love of music with their die hard fans.

Produced by: Drew Fahle Mastered by: Joel Mariani Recorded: January 16 & 17, 2013 @ The Surface All Songs Written by: Suncooked - except "The Pirate Song" by Krista Hammaker, Suncooked