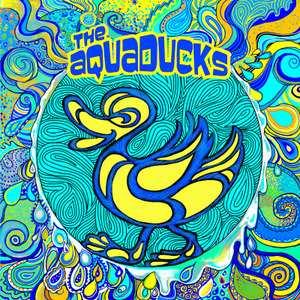 Why Can't You See
The Aquaducks
Belmont

This Far
The Aquaducks
Belmont

Fuel the Funk
The Aquaducks
Belmont

All In
The Aquaducks
Belmont

Lift Me Up
The Aquaducks
Belmont

The Aquaducks stand out as a high octane funk and soul band among the twangy accents one is apt to find in the city where country music is king. The Ducks first caught the attention of local Nashville radio station Lightning 100 for the release of the EP “Open Season”. Combining catchy hooks with impressive instrumental work L100 dubbed the band artist of the week alongside other local bands The Delta Saints, Alanna Royale and Goodbye June. From their inception, the group has provided a unique and powerful sound. “Our first show was a battle of the bands at Belmont University, that we won.” reflects guitarist Zach Sheffler, “the recognition was a great start for a brand new band.” While these recognitions in Nashville are creating a nice resume for the group, it is the trail of fans across the southeast that is the main priority. “We aim to create an experience that the fans will appreciate and share amongst other funk/soul fans. I want little aqua-ducklings everywhere.” Says lead vocalist Cavanaugh Mims concerning the future for The Aquaducks. Among the band's many influences like Lettuce, Tower of Power, Earth Wind & Fire, and Stevie Wonder, James Brown (The Godfather of Soul himself) is the main influence for the single and music video "Bill's Toupee". "The idea behind Bill's Toupee is to do what funk music does best, which is to combine funky instrumentation with lyrics that don't run the risk of being taken too seriously" says drummer/percussionist Andrew Fleming about the new single. Cavanaugh, Andrew and Zach, along with Thomas Baxter (guitar), Carter Murphey (bass) Paul Violante (sax) and Kevin Griffin (trumpet) will be releasing a full length live album recorded at The Basement East this fall. In the meantime if The Aquaducks are playing in your town, put on some dancing shoes and go see one of the best shows in Nashville and abroad.