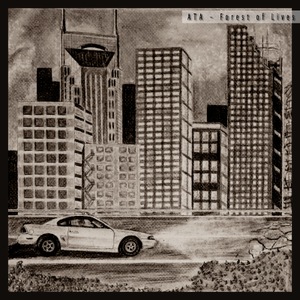 Forest of Lives - EP This is part 1 of a 2 EP release - the second of which will be out later this semester. We began working on this EP before we had a name or even an idea of what we wanted, and since this EP is the result of more than 2 years of work it is easy to see the multiple levels of our music as well as our genre escaping rock that can really only be described as indie at this point. We first wanted to take on psychedelic rock and found it to be limiting for an audience which we really felt could be a lot bigger (and possibly less tripped out). So this EP has songs ranging from heartbreak and loss (like every other album ever) to yearning for a better world and criticism of the society we live in which is consistently losing a true sense of freedom. We might too poppy for the indie scene or too strange for mainstream- but we think it works and we're sticking to it :p